I saw this movie much later than I wanted to – in fact I wanted to see it before watching last year’s Oscars. That obviously did not work out as planned. Therefore I took the opportunity when the filmclub of Darmstadt University of Technology showed the movie a few weeks ago. Seeing it at the film club had the added benefits of a low price, carry-in food to your liking, and evading the dubbed German version of the movie. Guerra has a certain ring to it. It is somehow different than war or Krieg. One thing, however, is almost always being evoked by this word: cruelty. The cruelty of war is not hushed in this movie, but the movie it achieves something much more important and much rarer: it shows how a child uses a world of fantasy to cope with the terrors that haunt herself, those who are dear to her, and those who are a threat. Is it only her fantasy? You should watch the movie and then decide. Latin american film and prose often has this magic twist. In any case, Guillermo del Toro has made a very good movie that is certainly worth watching. The movie got three oscars and a whole lot of praise. Because of that, I had very high expectations – they were not disappointed, but they were also not exceeded. Even though I am sure El Laberinto del fauno will loose a bit when watched on DVD it will still be a very good movie. Spanish language cinema has quite a bit to offer these years, don’t miss it!
IMDb entry | Trailer

Back from the island. 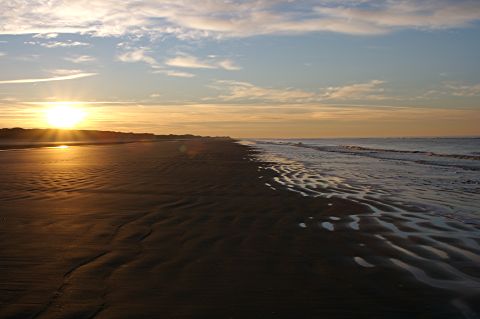 After a long absence, I used the first opportunity that I could find for a visit to the island which is the focus of my new research project (which is still in development and funding-acquisition stage). It does not get any more off-season as it was during the last two weeks… which gave me plenty of time to catch up with work, reading, and the ever-changing geography of the island – and it made it much easier to repeatedly encounter and have some small interactions with those who live on the island the whole year through.