Another way to know it is spring.

You replace your daily check of the snow report provided by Skiforeningen (the Association for the Promotion of Skiing, based in Oslo) with the pollen forecast. 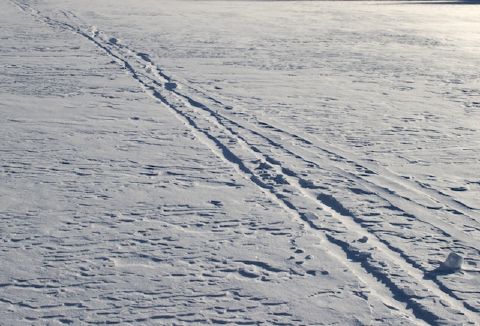 My two stays as a guest researcher in Oslo are coming to an end. The day after tomorrow I will fly back to Darmstadt, where I will move into a new apartment. It has been a good time. Not only have I been productive, I have also had the chance to get to know some very nice and stimulating people. As if that would not be enough, I have also been able to get rid of the problems with my lower back and my shoulders – over the course of the last months they have all but disappeared and I cannot say how relieved I am that life without pain is still possible. I will certainly pay attention to avoid getting into such a state again, even though I will miss the fine hikes through the Nordmarka, which certainly contributed to my recuperation.

That would be the Norway-motto for these days. The press laments the unexpectedly low number of gold medals won by Norwegian athletes in the Olympic Games so far. (About fourteen gold medals were expected, two have been won until day eleven.)
There is a recompensation though: Norway, or at least the Oslo region, has more snow than it had for many years. Everything is puffy and white and glistening. We already did two nordic skiing tours. The fist went on for almost three hours (we went from Sognsvann to Hammeren and even a bit further) and caused considerably sore muscles for the female participant of the trip. Yesterday, we were on our first night tour: we departed at 20:25 h and came back two hours later. Although we went uphill almost all of the time and although we raced back downhill later on, we only had one or two falls each and it seems as if the muscles don’t complain as much as they did three days before. Skiing at night is a fun experience, but one should not expect it to be a lonely experience: the electrically lighted cross-country ski run was still well-used – not as many people as there were last Saturday, but still a lot.

When I arrived in Torp Airport thursday afternoon, the world was blanketed under snow and the twigs of the trees were collecting frost out of the air. On Friday the temperatures slowly began to rise, and Kerstin bought her new skis. Yesterday the temperatures were slightly above zero; Kerstin and I went out to actually do some skiing. Today it is even warmer, though it should still be possible to do some nordic skiing around Sognsvann, where Kerstin is living. The forecasts say that for the next few days the temperatures will stay above zero – I must say that I would have been disappointed if I would have arrived on a day when the snow was already melting, somehow that just takes the beauty away…