Tracking constructional change with diachronic corpora: A new look at the English modals

This study addresses recent processes of change in the nine English core modals can, could, may, might, shall, should, will, would, and must. Given the rich literature on the topic, what is there that can be usefully added to the discussion? I will present a corpus-based study that diachronically tracks the collocational behavior of the English modals over the past 150 years. What are the lexical verbs that used to co-occur most frequently with modals such as shall and could in the 19th century, and which verbs do we find today? As will be shown, an analysis of this kind can capture observations that have been made regarding semantic change in modal auxiliaries, and these can be integrated into an analysis that also takes pragmatic and genre-related changes into account. The main claim of the analysis is that the most important aspects of recent change are to be found along two dimensions: the first of these is the dynamics of deontic and epistemic meaning; the second one is the contrast between involved and informational text types.

Methodologically, this paper draws on data from the COHA (Davies 2010). All nine core modals are diachronically analyzed with regard to the frequencies of collocating lexical verbs in the infinitive. For each modal, in each decade of the corpus, a frequency vector of the collocating verbs was created. These frequency vectors form the basis for a quantitative analysis. The motivation for using data of this kind is that modals that occur with similar sets of collocates at similar frequencies can be assumed to share semantic, pragmatic or genre-related characteristics. The set of frequency vectors is submitted to a multidimensional scaling analysis that allows a dynamic visualization (Hilpert 2011) of how the nine modals have changed diachronically.

The visualization of the quantitative changes allow several observations that reflect both diachronic stability and change. Certain modals, among them might and could, largely retain their collocational behavior. By contrast, the modal may shows a substantial diachronic shift that reflects an increasing propensity towards epistemic meaning (cf. Millar 2009). The modal shall, which diachronically retreats in terms of its text frequency, also changes its collocational behavior. Specifically, it shows a drift towards informational texts, which represent the genre in which shall continues to be used.

The empirical results will be used to raise a theoretical question, namely whether change in the English modals can be usefully seen as a case of constructional change (Hilpert 2013). Clearly, the English modals have formal and functional features in common that would be suggestive of viewing them as instances of an overarching modality construction (Diewald 2009). Individual diachronic changes in certain English modals do however point to the fact generalizations at lower levels of abstraction form an important part of speakers’ linguistic knowledge. 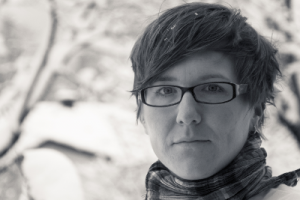 I’m a linguist working on lexico-grammatical patterns in English from a usage-based perspective. My primary methodological approach is quantitative corpus linguistics. Currently, I am a post-doc research fellow at the Université de Neuchâtel.